That is how Kazakh human rights activist Galym Ageleuov describes the events of December 16, 2011.

The oil workers’ strike in the city of Zhanaozen had been going on for eight months. At first, the battle was about wages and conditions. But after union representatives were beaten, imprisoned and murdered, the conflict became politicized.

Thousands of workers had marched to the local office of the ruling party Nut-Otan and collectively ended their membership.

Accounts diverge on what happened that day.

Others allege that pro-government provocateurs dressed as oil workers started the unrest. What is clear is that law enforcement had a massive presence on site from the beginning.

When the smoke cleared, 16 workers had been shot to death, according to official figures. Independent sources say that the actual number might have been as high as 100 workers.

Video footage from the scene show how the police continued to beat wounded workers who tried to flee the square.

After the massacre, the authorities’ strategies changed. Raw violence decreased. Legal harassment increased. In 2014, a new labour code was adopted.

“It seriously infringed upon the rights of workers and trade unions. This put the unions in a very dangerous situation. Under the Trade Unions Act of 2014, in the event of a labor conflict, trade unions were responsible for everything workers do. Anyone who organized or called for a strike could be prosecuted for ʻinciting social hatred’”, says Vadim Borisov, Regional Secretary for the CIS-countries at global union IndustriAll.

“All these changes in the law came about after the tragedy in Zhanaozen.”

After the ILO had repeatedly stated that Kazakhstan failed to respect international conventions, the country finally reformed its regulatory framework last year.

Technically, it is now possible to form independent unions.

“But these changes are only on paper. In practice, nothing has changed,” says Vadim Borisov.

The latest legal attack is directed at the Trade Union of the Fuel and Energy Industry Workers, which has around 4,000 members.

The union has long been considered an annoyance by authorities. In 2019, its then chairman Erlan Baltabay was sentenced to seven years in prison for embezzlement, accusations that the union claims were fictitious. He was later released, following an international solidarity campaign, but is still banned from union organizing.

The ongoing process aims to completely dissolve the trade union. According to prosecutors, there are errors in the union’s statutes.

“We are talking about state control over the labor market. If citizens can create independent organizations, this is seen as a threat to the regime,” says Vadim Borisov.

“It is quite obvious that there is a political decision to liquidate all independent trade unions, and the state is looking and is finding more and more formal reasons for refusing to register trade unions.”

According to the trade union, the oil companies have initiated the legal process by using their connections within the authorities. A reasonable conclusion, says Vadim Borisov.

“Corruption is widespread and in one way or another companies are all linked to the authorities,” he says.

“Therefore, when workers raise their voices or go on strike, not only the company, but also the state, the police, the courts, and the media are against them. The whole system. For this union, this is a brutal attack, but for the Kazakh state, it is only part of the daily routine of extinguishing the sparks of independence.”

The ITUC has branded Kazakhstan one of the world’s ten worst countries in terms of workers’ rights.

This has not always been the case. In the early 1990s, there was hope of a democratic development.

“After the collapse of the Soviet Union, Kazakhstan looked like the country with the most freedoms in Central Asia,” says Vadim Borisov.

But the country soon moved in an authoritarian direction. President Nursultan Nazarbayev, who had ruled since independence in 1991, became more despotic and increasingly eccentric.

“When you have experienced freedom and see that your rights are diminishing, you fight for them. That is why Kazakhstan is in the top ten of the list. Not because the situation in other countries is better, but because it was the only country in Central Asia where free trade unions appeared in the 1990s,” says Vadim Borisov.

These remnants of an independent movement, can they form the basis of something new?

Nazarbayev unexpectedly resigned in 2019 and his successor, former diplomat Kasym-Zhomart Tokayev, is considered marginally more willing to reform. Could that open up possibilities?

“Unfortunately, I do not see a positive development of events in front of me. Not because the workers are not organized, but because a lot depends on the economy of Kazakhstan and its influence on politics.”

“In recent years, Chinese investment has increased dramatically and Chinese companies are pursuing a very tough anti-union policy. Companies have ties to the government, and there is a risk that the government will be even less interested in complying with international norms. This gives no reason to hope for a positive development of events.”

The former Soviet republic of Kazakhstan became independent in 1991. Under President Nursultan Nazarbayev, the country developed in an increasingly authoritarian direction.

Nazarbayev left the presidency in 2019. When he stepped down, he was appointed lifetime chairperson of the country’s powerful Security Council. In addition, the capital Astana was renamed Nursultan.

The oil industry accounts for over half of export revenues and around a third of gross domestic product. Energy resources contributed to strong growth for a long time, but in 2014, falling oil prices resulted in an economic crisis. Since then, the state has tried to reduce oil dependence.

The International Trade Union Confederation considers the country one of ten worst in the world in terms of respect for workers’ rights. 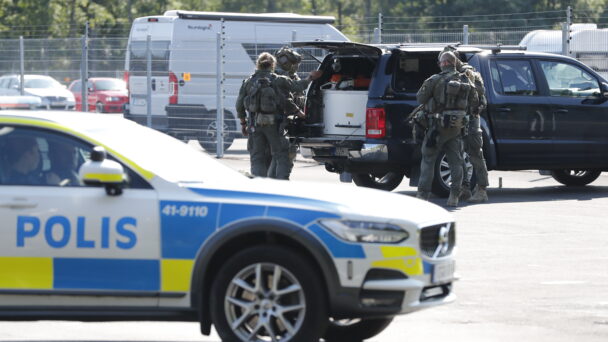