The protests against Indonesia’s labor reform bill started in January 2020.

Since then, trade union members have been tear-gassed by police during nationwide demonstrations and riots, threatened with jail time for insulting the Indonesian government, and effectively sidelined by the country’s parliament and President Joko Widodo.

And 2021 doesn’t look much better for this usually powerful machine, which at the flip of a switch could paralyze the capital Jakarta by marshaling hundreds of thousands to march through its main thoroughfares.

Despite rabid opposition and hand-wringing by lawmakers, the nation’s leaders pushed through what is known as the “Omnibus Law on Job Creation” in October, which Widodo signed into law in early November.

The law, according to Widodo, rids the country of cumbersome regulations and excessive worker compensative packages that were blocking significant new investment and job growth in Southeast Asia’s largest economy – in particular during a period of negative economic growth due to the Covid-19 pandemic.

The new law will, among other things, affect severance pay, working hours and the country’s minimum wage, all of which are sensitive issues among both investors, and local workers and low-income Indonesian families.

Joko Widodo, a domestically-minded president and former carpenter, was elected twice on promises of an open economy with huge infrastructure projects and job creation – both of which need more foreign and domestic investment – and was not swayed by the unions’ protests and some of the worst rioting the country has seen in years.

“Why do we need the job creation law? First, every year there is a 2.9 million new working-age population, the young people who enter the marketplace,” Widodo told reporters before inking his signature on the law. “Amid the pandemic, about 6.9 million have lost jobs, and 3.5 million others are also affected by the Covid-19 pandemic.”

With its more than 270 million inhabitants, Indonesia is the world’s fourth most populous country.

Since 1998, when dictator Suharto was forced from office in the wake of an economic crisis, the country has moved in a democratic direction.

Indonesia is still struggling with poverty and income levels are low. One third of the labour force, which totals some 134 million people, is employed in agriculture.

The International Trade Union Confederation (ITUC) ranks the country as one of the 32 worst in the world regarding respect for labor rights.

The president, who was born in a slum in Central Java Province, knows his economic figures all too well. His stated target is for Indonesia to reach top 40 in The World Bank’s Ease of Doing Business index.

Last time around, Indonesia was rank in 73rd place, well below neighboring Thailand, Malaysia and Singapore and just above Coast Rica, Jordan and Peru. Indonesia was also ranked 140th of 190 countries in the category of ease of starting a business.

Nonetheless, the president’s rationale is not sitting well with the powerful labor federations and unions, which have appealed the new law to Indonesia’s Constitutional Court as having violating a previous-standing 2003 labor law.

“Indonesian labor benefits are very low. Mostly, the salary is below 3 million rupiah [about $213 US], and as low as 1.5 million or 1 million rupiah per month. How do they survive?” said Nining Elitos, chairwoman of the Congress of the Indonesian Unions Alliance (Kasbi).

While many lawmakers generally supported the bill when it was first introduced in January 2020, the unions have significant political influence within Indonesia’s House of Representatives, despite Widodo’s governing coalition holding 74 percent of the seats.

Fearful of voter backlash, debate didn’t really begin in earnest until last April, given warnings from and protests by union leaders. Their frustration exploded in October with rioting and clashes with police in several regions across the vast Indonesian archipelago.

“The omnibus law is only going to do away with minimum wages, do away with severance pay, render outsourcing and uncontracted work widespread, allow unskilled foreigners to enter, eliminate social guarantees and remove criminal sanctions for employers who neglect the rights of workers,” said Said Iqbal, chairman of the Indonesian Trade Union Confederation (KSPI).

Some analysts, however, said the 2003 Labor Law desperately needed an overhaul to improve Indonesia’s sluggish economy for the benefit of everyone.

Under that law, for example, Indonesian workers had some of best severance packages in the world and immense legal protections from dismissal – at the expense and to the frustration of both foreign and Indonesian companies operating here.

Furthermore, pundits point out that the law covers more than just labor issues.

“I think the new law contains many good reforms that got obscured by the clumsy handling of the labor reform provisions. We won’t really see all the benefits until we get back to more normal conditions,” said James Castle, a board member of the American Chamber of Commerce in Indonesia, and principle at CastleAsia, a Jakarta-based business consultancy firm.

“It has opened up a number of sectors. And Monash University of Australia has announce it will set up a campus on the edge of Jakarta. This is a very big breakthrough in education.”

“By eliminating conflicting rules, it will also increase compliance, reduce corruption and make it easier to operate in the country. This, too, will ultimately attract more investors. It’s not a magic pill curing all policy ills, but it is a big step forward.”

Labor leaders, however, wonder who this big step is meant to help.

“It’s not guaranteed that the government will create jobs for the people given the pandemic,” said Timbul Siregar, secretary general of the All-Indonesian Workers Organization (Opsi).

“Maybe on paper it looks good, but it’s not optimal for our workers. Maybe in three years, it might be better, but in 2021–2022, it’s not great for workers. Who is the president supporting – foreign investors or workers?”

Timbul Siregar also bitterly claimed that the government never consulted with the labor union confederations, prior to drafting the Omnibus Bill and submitting it to parliament in January 2020.

“The government always says, ‘We’ll keep consulting with the unions but in reality, the government did not discuss the draft bill with us. They only discussed with the employer’s association,” he said.

This bitterness is unlikely to end now that the law is in place. Aside from the pending lawsuit with Indonesia’s Constitutional Court, the Widodo government must draft and submit operating and regulatory procedures for the Omnibus Law on Job Creation to parliament for approval, expected in February.

Labor unions are warning to expect the fireworks to continue.

“We are consolidating – laborers, farmers, all workers – to continue pressure on the government. Discussions, and probably demonstrations again,” Nining Elitos said.

That fight may have already been fixed, however, said Kevin O’Rourke, a long-time Indonesia analyst and founder of the newsletter Reformasi Weekly Review.

“The timing and details of the Constitutional Court Law provide reason to suspect a quid-pro-quo for judicial approval of the Omnibus Law. If so, the bargain is costly,” he said.

READ THIS ARTICLE IN SWEDISH.

With its 1.187 pages, the Omnibus Law is the longest law Indonesia has ever adopted. It replaces or amends 78 laws concerning everything from labor issues and economy to public administration and environmental legislation.

The government’s aim is to boost growth through regulatory simplifications and an improved business climate. The law has been applauded by the business community.

Environmental organizations are upset, however, that the rules for environmental assessments will be significantly relaxed, and that it will be easier to be granted building permits.

Trade unions have organized massive protests against the law’s impact on issues such as severance pay, paid leave and job security.

The previous law stated that minimum wage levels should be set with goal that wages should be set with “the aim towards fulfilling a decent life. But according to the Omnibus Law, minimum wages are to be calculated according to a formula which takes ”economic growth and inflation” into consideration. The unions fear this will lead to poverty wages. 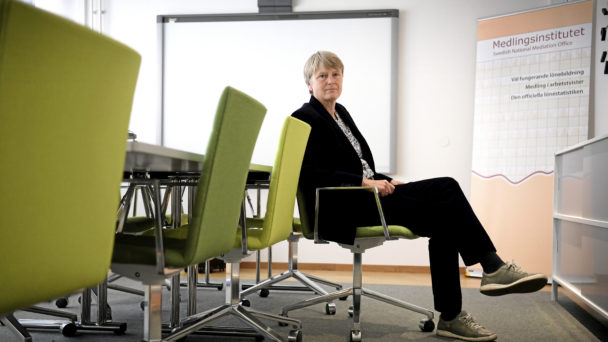 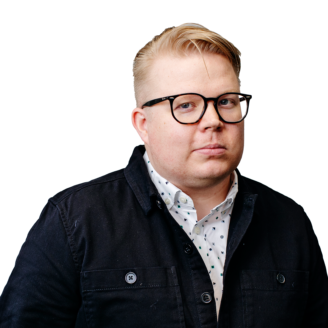