They are being investigated over a peaceful protest on 20 September at the end of which they called for calm to the crowds. It’s pretty clear that both are in jail for no other crime than their political ideas.

Spain has a political problem in Catalonia that will not go away with the action of judges and police, as the German Konrad Adenauer Stiftung stated in a recent document.

Spain’s prime minister has rejected any type of dialogue to de-escalate tensions with Catalonia, in this way disdaining the hand extended by the President of Catalonia, who, following the calls from various international counterparts, decided to suspend the effects of the declaration of independence last week so as to facilitate a dialogue with no conditions.

Thus the head of Spain’s government outright rejected the possibility of mediation proposed by the Catalan president, as he decided to activate procedures for suspending home rule in Catalonia.

Placing Catalonia’s president between a rock and a hard place, the Spanish government sent a formal notice (a fax) calling for the annulment of the suspended declaration of independence before next Thursday, 19 October.

If the Catalan president fails to do so, the Spanish government, with the support of Spain’s main opposition party, will suspend Catalonia’s Statute of Autonomy and they could end up arresting members of the Catalan government.

It is more than evident that this would suppose an escalation without precedents of the tensions and would provoke hundreds of thousands of Catalan citizens to take to the streets to defend Catalonia’s home rule and institutions.

With this step, Prime Minister Rajoy scorned the Catalan president’s gesture, one that confounded more than a few of Catalonia’s citizens who understood that the 1 October referendum gave a clear mandate to declare independence, especially after they stoically withstood blows from batons and other physical attacks from the Spanish Police as they peacefully queued to democratically express their views by voting.

Instead of accepting the glove thrown down and take measures towards distension, the Spanish government has doubled down on the pressure and shoved the Catalan government into a dead end street.

There are many gestures that Prime Minister Rajoy could have made to de-escalate the crisis and that he neglected to take. He could have removed the 10,000 military police sent to stop the referendum, who are still housed on three large cruise ships tied up in Barcelona’s and Tarragona’s ports.

They are the ones who are responsible for what Human Rights Watch concluded was an excessive use of force against peaceful citizens which injured 893 people.

Or they could have stopped all the court cases the Spanish government has triggered against Catalan elected officials: the President of the Catalan Parliament is facing three criminal charges for allowing a debate on self-determination on the floor of the parliament; the former President of Catalonia was suspended from politics for two years and was made personally responsible for paying the full costs of an informal consultation held during his presidency in 2014 (Euros 5.2 million); the mayors of 800 Catalan towns are also indicted for having collaborated with the 1 October referendum; some 200 Catalan government and civil society websites have been shut down; and dozens of young people are charged with having replicated the removed websites, etc. 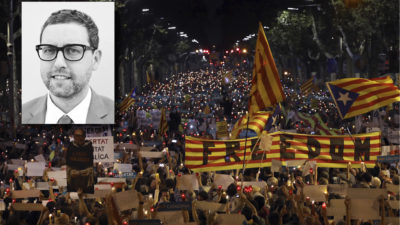 Prime Minister Rajoy has not opted for any of these options, which surely would have reduced tensions.  Instead he has sent a new threat to the Catalan authorities: either your surrender or we will arrest you.

The Spanish government clearly has no interest in relieving the tense situation at all.  What they want is 100% of their objectives.

Facing such a pessimistic scenario average citizens, working people, businessmen, and in fact all Catalans ask our international counterparts who called for dialogue, and who have now seen the gestures made by the Catalan government to reduce tensions and seek this dialogue, to call for the same from the Spanish government.

The European Council which will gather all EU heads of state or government on Thursday and Friday could be a last occasion to ask Rajoy to move forward and de-escalate the crisis before it is definitively too late.

The EU should be the first one to remind its own members that beating peaceful voters, closing webpages and having political prisoners is not compatible with a modern democracy. 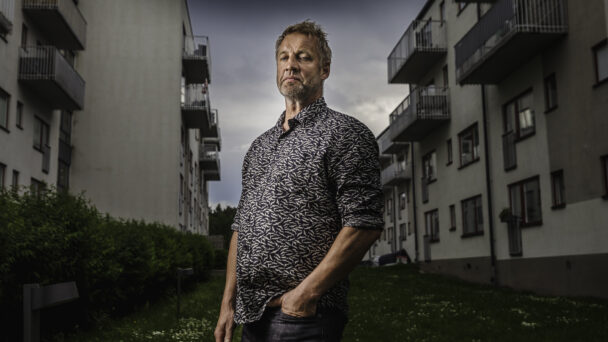