“Why didn’t they stop us? Probably they were not aware of the scope of the operation. The money was transferred through so many different channels. We were clever, ” Karlström Dorph says.

Altogether, Sweden’s financial support for the black resistance against apartheid in South Africa between 1972 and 1994 amounted to more than SEK 4 billion (443 million dollars) in today’s value ‒ and that is an underestimation ‒ according to figures reported by SIDA, the Swedish International Development Cooperation Agency.

“On my first morning in South Africa I went to Burgers Park, in the centre of Pretoria. A black worker was cleaning a path in the park. Suddenly I came across a bench and on it was written: ‘Whites only’. And I looked at it. I was appalled. I gathered up my courage and spat on the bench,” Karlström Dorph recalls.

From 1982, a Swedish humanitarian committee, headed by the general director of SIDA, handled a huge aid effort whose secret elements the government perhaps was not fully aware of. Karlström Dorph’s work in South Africa was twofold comprising her official diplomatic posting and her secret mission.

“My family didn’t know what I was doing.”

She followed what was going on in the resistance movement to see if she could find people and organisations who could receive Swedish aid.

“The documents that show what we did to support the underground resistance are still classified,” she explains. 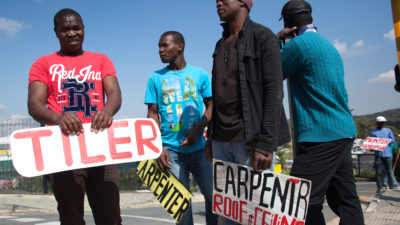 Money from Sweden was transferred to leaders within the black resistance in South Africa. Sweden paid for Nelson Mandela’s lawyer, including while he was incarcerated on Robben Island. Sweden also provided the priest and anti-apartheid activist Beyers Naudé with funds when he was subjected to a banning order.

The South African government looked at Naudé as an enemy as he played a crucial role in supporting the underground resistance movement.

“I wanted to understand what was going on in the country. Naudé was my key to the whole opposition. He provided me with contacts,” Karlström Dorph explains.

Funds were channeled from SIDA to organisations and small groups in Sweden and then into accounts of community organisations in South Africa.

“I provided Swedish organisations with bank account numbers and contact information to organisations in South Africa, for example in Soweto,” she adds.

Karlström Dorph says she drove around and met people and organisations every day.

“We established a programme for scholarships. The Swedish Ecumenical Council, an umbrella organisation of churches of all denominations, administered about 500 scholarships. People got money transferred into their accounts directly from Sweden. We tried to find relevant organisations throughout the black community,” she says.

People organised themselves and formed a more united opposition in South Africa. UDF, the United Democratic Front, was an umbrella organisation for about 600 member organisations against apartheid. Many of the UDF leaders received money through the scholarships.

“We gave money to those who were arrested and were tortured and interrogated. They needed legal help. A lot of money went to competent lawyers. I also met with wives of those who were imprisoned,” Karlström Dorph explains.

According to Horst Kleinschmidt, a former political activist, Sweden contributed between 60 and 65 percent of the budget of the International Defence and Aid Fund for Southern Africa, or IDAF, an anti-apartheid organisation.

Between 1964 and 1991 the organisation brought 100 million British Pounds into South Africa for the defence of thousands of political activists and to provide aid for their families while they were in prison.

The defence of political prisoners meant that when the prosecutor demanded capital punishment, the sentence was reduced to life in prison. Between 1960 and 1990 this effort saved tens of thousands of human lives, according to the Swedish author Per Wästberg, who was involved in IDAF’s work.

Karlström Dorph got in touch with Winnie Mandela and visited her while Nelson Mandela was imprisoned.

“We sat down and talked a lot about her husband and the struggle, and various contacts,” Karlström Dorph says.

Before they left, she mentioned that she had a book about Nelson Mandela in the car ‒ a book that was banned. Winnie Mandela immediately asked for it.

“I said: ‘If I give you the book, I am committing a crime,’” Karlström Dorph recalls.

But Winnie Mandela insisted and Karlström Dorph finally went to the car to get it.

“If our activities had been exposed, many of those who were involved in our work would have found themselves in a serious predicament,” Karlström Dorph says.

The apartheid regime killed affiliates to the ANC, the African National Congress, within the country and also in Zimbabwe, Botswana and Mozambique. Oftentimes during the national State of Emergency, the police and army were stationed or brought into the segregated, black urban living areas to rule with their guns. 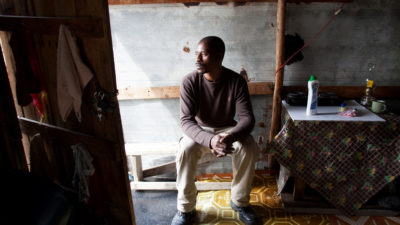 People, some of whom were unarmed, were beaten and shot for protesting against apartheid. Police even tore down the housing areas were black people lived.

“They went in with bulldozers and people did not have time to collect their belongings but had to flee,” Karlström Dorp recalls.

“The ANC was forbidden. Members of ANC were imprisoned or killed,” she says making a throat-slitting gesture.

“We never talked about ANC during all these years,” she adds.

Her very close association with Naudé would have made Karlström Dorph a prime target.

“I was never scared. You just had to be careful,” she says.

There was one time when they had a very strange break-in in their house.

“They had turned the house upside down, but they just took one of my dresses and one of my husband’s shirts. They had slept in our beds and left white fingerprints on the hairdryer. My friends said it was typical of the security police. They wanted to show: ‘We know who you are. We keep an eye on you.’”

When they moved to a new apartment, she found a bullet on the floor in the hallway and there was a hole in the window. Someone had shot through it.

“They obviously tried to intimidate us. I took the bullet and threw it in the bin,” she says.

Once they were being followed on the motorway and a car tried to drive them off the road, but they managed to get away from it.

Many experienced the brutality of the apartheid regime. One of Karlström Dorph’s contacts, a 25-year-old young man in Pretoria, was found dead.

“We transferred some funds to his organisation. Someone contacted me and told me that they had thrown him down an old mine shaft in Pretoria,” she says.

“Without the support of a strong and committed personality like Birgitta Karlström Dorph I do not think we would have been able to form the United Democratic Front, a coalition of social forces,” he says.

Between 1972 and 1994 the exiled ANC received SEK 1.7 billion (188 million dollars) in today’s value. At the time the ANC was considered a terrorist organisation by the governments in the United Kingdom and the United States. The financial support from Sweden was more or less kept secret until the beginning of the 1990s.

In 1994, South Africans took their first step together into a very new democracy after decades of white supremacist, authoritarian rule in the form of apartheid. Sweden’s involvement had been stronger and much more far-reaching than what was ever reported officially. 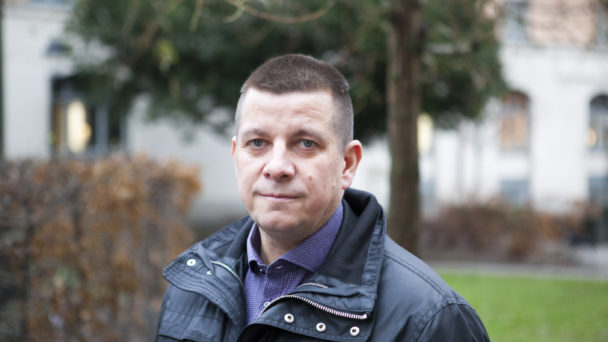