“His workmates killed him on his way to work”.

Five years have passed since that day when they lost brothers, fathers, husbands. Inside the conference room, silence is near absolute. Outside there is the noise of traffic. The local office in Rustenburg for the National Union of Mineworkers sees a gathering of eight women and men. All sitting with their backs to the wall.

Reliving the past. On the 9th of August 2012 a group of miners working for the British mining corporation Lonmin at the platinum mine in Marikana, 120 kms northwest of Johannesburg choose to go on strike.

They demand higher wages. Their monthly salary of around 300 euros is far below the union demands of 800.

Over the next few days, their action gains support. The conflict between employees, the company and the police increases, and turns violent. Nearly ten employees are killed or injured. Two Lonmin security guards are also killed.

The violence does not end there.

On the 13th of August, three miners are found dead. One is Sibongile Nota’s brother.

“For a long time, we had been demanding wage increases, but in vain. Yet the management of Lonmin, while claiming the wage level couldn’t be raised, saw their own salaries increase by 18 percent. That fuelled protests” recalls Eric Gcilitshana, Health and Safety Secretary of NUM.

A majority of the mineworkers at Lonmin were members of NUM, who thereby represented all workers in negotiations. There was though an existing rivalry and power struggle between labour unions with the Association of Mineworkers and Construction Union (AMCU) criticizing NUM for being too closely aligned with the governing political party in South Africa, the ANC.

The rivalry between the unions starting getting out of hand. In order to gain the upper hand, AMCU put forward more radical demands and attempted to engage all workers in a strike. Eric Gcilitshana describes that development;

“They said our negotiations with the employers was undermining their strike. And they said that they would kill us!”

The violence continues. More are injured. More are killed.

The strike is in its seventh day. The demonstrating strikers and the police negotiate to cease hostilities.  But reach no deal.

The following day is the 16th of August. Demonstrators gather in a field a few hundred meters away from the mine. A special unit of the police open fire. Within minutes they shoot and kill 34 mineworkers. Injuring at least 78.

South Africa was in shock. A new massacre in South African contemporary history. The worst since the Sharpeville shootings in 1960.

“I was so afraid”, Themba Gowana gestures with his hand, “I ran that way when the police started shooting”

The field where it took place is dry. The grey loamy soil is cracked. Themba Gowana’s tin shed is nearby. He stands in his garden peeling potatoes over a bowl. 5 years have passed.

”Things are a little better now. After the strike I became a member of AMCU. They have made our jobs more secure.

He wasn’t alone in turning to NUMs rival. After the shootings, AMCU won over thousands mineworkers and could therefore push forth their agenda in negotiations with the corporate management.

“Lonmin are alright. Although mineworkers can be sacked without due warning, just because they might do something wrong. If you talk too much, you get sacked. They don’t want us to talk….”

After the Marikana massacre, wage levels for mineworkers have almost doubled. Now they are at around 9000 rand, about 600 euros. But that is still a few thousand rands less than what the union demands.

Birdsong can be heard from the trees and a sheep bleats at a distance.

Across the gravel path from Themba Gowana’s shed lives Siyabongile Rofu. He has just woken after nightshift in the mine. A stainless steel refrigerator stands next to the bed that he shares with his brother. Siyabongile Rofu starts cleaning his shack. Near the ceiling, three green soaps lay on a board. Next to the fridge, there’s a plastic basin, two buckets and two pots. A calendar from a local health center hangs on the wall.

Siyabongile Rofu is meticulous. After an hour of cleaning, he still hasn’t finished despite the schack being no larger than ten square meters. White lace fabrics from under the TV are dusted and the plastic floor is swept and wiped.

”Tonight I am going home, to my wife and my three children. They live in the Eastern Cape province and the minibus trip takes twelve hours”.

His children are twelve, eight and five years old. Siyabongile Rofu has worked in Marikana for fifteen years and expects to go on for an equally long time.

“That should be enough”, he says.

Following the strike of 2012, life has improved. The higher wage allows Siyabongile Rofu to send more money home to his family as well he can buy better food.

“I joined AMCU because it is stronger and better than NUM. Almost everyone at the mine belongs to AMCU now”

Siyabongile Rofu knew several of the men who died in the conflict five years ago.

“It was so stupid. But now worker relations are better”.

“We try to recruit new members but it is difficult”.

He rejects the criticism that NUM were too close to Lonmins management and the governing ANC.

“We had to have a positive cooperation. Without it we wouldn’t have had any possibility to influence management”.

14 members of NUM were murdered by other miners in the days before and after the massacre. Their cases have not been included in the commission of inquiry that formed soon after the shootings.

With their own lawyers and with private detectives, NUM has tried to find out what happened in these killings of its members.

“We will help the families and justice must be served” , says Eric Gcilitshana.

Back in the conference room in Rustenburg, a short distance from Marikana, tears roll down the cheeks of Kefiloe Gungqwa.

“Since my husband died I have felt no joy, not at home and not at work. I do not speak to my workmates, I just say hello”.

The stories told by family members in the conference room are not only tragic in their loss of loved ones, but also peculiar as they were forced to seek employment at Lonmin.

Lonmin’s Communications Group Head Wendy Tlou explains: ”This was done to look after the families of the deceased and to ensure that their livelihoods were not negatively impacted by the tragedy.”

Kefiloe Gungqwa dries her tears. She was married for 14 years. A month after the Marikana strike, her husband was stabbed to death. He was an elected representative at NUM.

“Since no one in the family could take my husband’s position I was forced to move here. Now I work as a cleaner and often I am insulted by my co-workers”.

“I was forced to join. I felt my life was in danger if I didn’t”.

The story is echoed by Thando Nqumkana. And by Siphokazi Mankhala. Nomhle Dibakwane, a teacher, tells a slightly different story. Her husband was murdered but she refuses to join AMCU:

“I cannot betray my husband and join a union that murdered him. Labour unions are a good thing but you cannot force people to join”.

“It is awful. Our voices, our stories have not been heard. Deaths are deaths. Why is a difference made between those who died in the massacre and those that died before and after it?

The rivalry and the violence between AMCU and NUM has not been limited to Marikana. There are many examples of fatal violence. One year ago a member of AMCU was hacked to death at the platinum mine Northam, north of Marikana.

And last autumn, at the gold mine Sibanye, south of Johannesburg, a NUM member was killed by workmates who belonged to AMCU.

Crispen Chinguno, a researcher at the Witwatersrand University in Johannesburg, points to the root of the conflict:

“As the absolute rights are given to one union at a particular mining house, unions fight to meet the minimum threshold to get the absolute rights and push others out. It will be very difficult for the unions to cooperate if the labour relations system is not changed to allow and promote a multiplicity of unions at the same work place.”

The rivalry between AMCU and NUM is part of the system.

Lonmin’s Wendy Tlou declines to comment on the rivalry between the unions within the company and ascertains that relations between parties depend on mutual respect.

“This was evident in the recent signing of a 3 year wage agreement without any work stoppages“.

The silence from the official political leadership has been evident.

It wasn’t until earlier this year that the South African government conceded the right to compensation for the families of the victims of Marikana.  Also, over ten police who were involved in the shooting will be charged and brought to trial.

“We have waited more than four years for a commitment from government. But those at the top still haven’t taken responsibility, including Lonmin bosses, the police and the state.”

One of the key persons involved in the disastrous developments of Marikana was the South African Deputy president and former union leader Cyril Ramaphosa.

He was one of the founders of NUM in 1982. During the following decade his career in the union married well with his advancement in both politics and the private sector. In 1994, following South Africa’s first democratic election, he was given a seat in parliament representing ANC.

In 2012 Cyril Ramaphosa was a non-executive director in Lonmin. In the days leading up to the massacre, he requested police reenforcements to the area and called the strike “dastardly criminal acts”. He also opposed negotiations with the miners, which was revealed in the investigation that followed. In 2015 the report into the massacre, exonerated both Cyril Ramaphosa and the minister of police Nkosinathi Nhleko.

In May of this year, for the first time, Cyril Ramaphosa apologised for his behaviour during the strike and said that he was willing to make amends with those he had insulted.

Political analyst Nic Borain commented in the newspaper Business Day: ”His claim was that it was a criminal act, not a strike, but history has proven him wrong. The characterisation of the workers as criminals was wrong and thoughtless and in a way arrogant because it implied the only legitimate union was NUM”.

”The legacy of colonialism and apartheid is central in explaining some of the main challenges faced by the workers” says researcher Crispen Chinguno, pointing to the difficulty for South African unions in keeping out of politics.

Life in Marikana goes on as usual for most people. Despite the horrible memories, Siyabongile Rofu’s brother Abongile dreams of a job in the mine, regardless of the tough shifts in the dark.

”Look at my arms”, he says showing the red stripes on his lower arms – scars from lemon trees.

Due to the risk of reprisals the names of the relatives of NUM members killed in conflict are fictitious. These persons have also declined to be photographed.

Arbetet Global has for several months attempted to reach spokespersons for AMCU, including president Joseph Mathunjwa. They have rejected approaches by telephone call, e-mail and sms.

No policemen have been charged for the mass shootings of 2012.

During the 1990’s Joseph Mathunjwa was the chairman of a local branch of NUM before being sacked in 1999 after clashing with Gwende Mantashe, the present-day General Secretary of the ANC. He chose to register a new union in 2001, the Association of Minworkers and Construction Union, AMCU.

At present, AMCU have about 100 000 members spread around all of South Africa. NUM have 190 000 members, although before the Marikana massacre that number was 300 000. 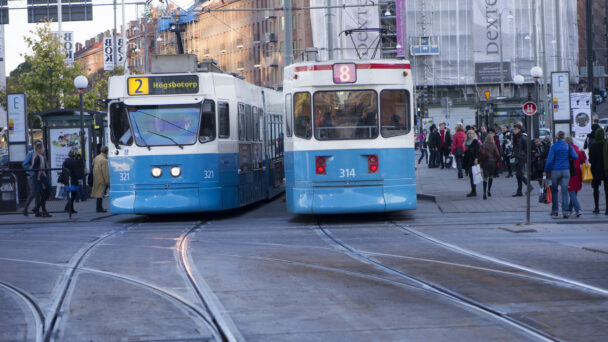 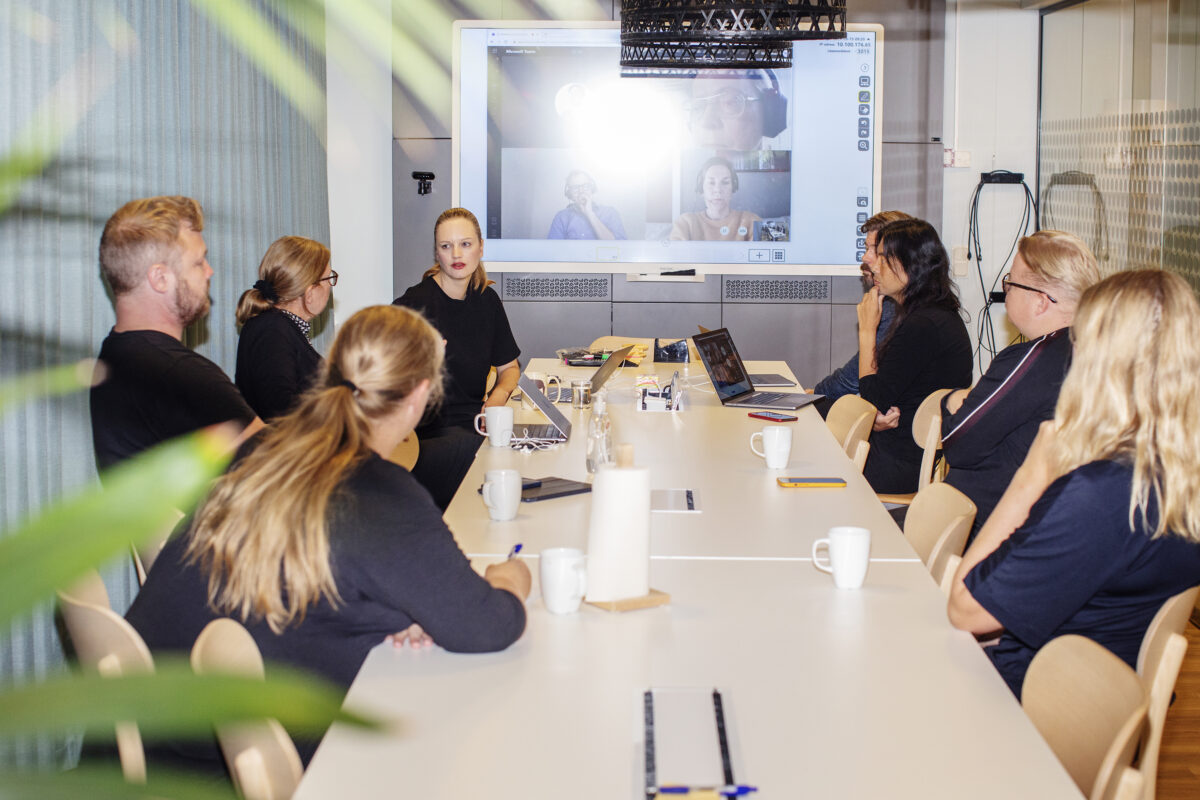