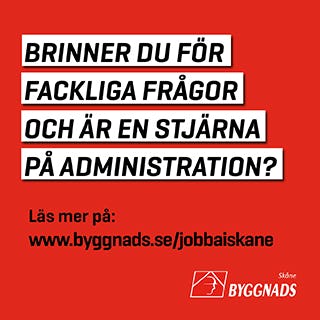 It is not just elections that can be influenced by social media campaigns; it can also affect the outcome of the struggle between trade unions and employers, according to a new study – The Power of Social Media as a Labour Campaign Tool – from the Brussels-based European Trade Union Institute (ETUI).

Two researchers – sociologists Vincent Pasquier at the School of Business in Grenoble, France, and Alex J Wood at the University of Oxford, UK – have explored how trade unions have used social media to push for better terms for their members.

Drawing on two examples, they highlight the lessons learned from two successful trade union social media campaigns. The case studies, known as ‘Our Walmart’ and ‘Fight for 15’, are both from the United States.

The first campaign was carried out by employees at the major US department store chain Walmart. The company has been one of the most anti-union businesses in the United States and has opposed every attempt at union organising.

As soon as any manager at one of the 12,000 stores owned by the company discover signs of organising, the company sends an anti-union intervention team to stop the efforts to unionise within 24 hours.

The company showed new employees videos warning that the United Food and Commercial Workers Union (UFCW) should be considered a profit-making business that was primarily after employees’ money.

How Hazardous Work Turned a Volcano Into a Selfie Spot

As Walmart is a major employer with more than 2.2 million employees – 1.4 million of whom are employed in the United States – it’s wage levels affect not only its employees but the entire US retail sector.

When UFCW launched the ‘Our Walmart’ campaign in 2013, the fight was about more than just the employees of the retail chain. It was about wages for retailers throughout the United States.

The campaign helped push wages up to $10 an hour.

In the second example, ‘Fight for 15’, fast food industry employees demanded an hourly rate of $15 and managed to push up the minimum wage in several US states. Running for several years, this campaign also utilised members, rather than a central campaign organisation, to spread the message.

The dream of a better life

According to Vincent Pasquier, the labour movement has a lot to learn when it comes to using social media.

“Many unions try to communicate on social media in the same way they express themselves on paper. It doesn’t work,” he tells Arbetet Global.

“The campaigns were successful because they were perceived as being communicated by the members, workers who shared stories about their conditions, and not the unions pushing their rehearsed messages,” he continues.

But behind the scenes, one of the campaigns was supported by a well-run machinery. Many of the union members using social media to demand an increase in the US minimum wage had received training in how to communicate.

Writing on social media about how difficult it was to manage on the low minimum wage, the members used their own words, but the message framework had been set by the union.

“It was much more successful that many members spread their own views than if the union had declared what it wanted. The message from a union is not considered as legitimate as if several workers come out to say they’re struggling to cope on their low salary. Actually, they’re saying the same thing, but it becomes more credible when they use their own words,” says Vincent Pasquier.

The researchers note that social media can be a powerful tool for trade unions in a number of ways. Running open campaigns for better working conditions is just one option.

Other, more low-profile strategies, include using the internet for organising. By hosting video conferences and creating groups, information can be disseminated between members.

However, direct communication between individuals means that traditional unions who usually communicate a message from a central information department need to find other ways of working.

A more concealed way for employers to use the tools is to join Facebook groups and monitor what is said and who comments on different labour market conflicts.