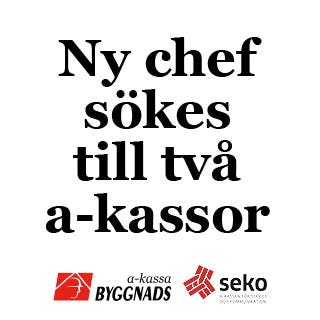 He takes a seat on a couch on the terrace. In the background, against a flashy skyline, flies an American flag. A woman brings his children to him and he holds them for a while.

A man wearing workout clothes runs up a set of stairs, encouraged by a personal trainer. Then, a scene from a beach. He has parental leave, health care and is entitled to six weeks of paid vacation. He lives like a king, ‘Like a Swede’.

Tongue in cheek, yet expensive and resembling traditional advertising, the video’s objective is to spruik the Swedish labour market model.

The report “The untapped possibilities of YouTube as a trade union tool”, published by the European Trade Union Research Institute (ETUI) in Brussels, has examined how 80 labour unions in Europe used YouTube from 2007 to 2016. During that time, the unions uploaded more than 13,000 video clips.

In 2014, the Swedish Confederation of Professional Employees (TCO) released a video that according to the report, is the most-viewed labour union YouTube clip in Europe, with more than 800,000 views. That record has now been surpassed by the Swedish Trade Union Confederation’s (LO) election video, which has had more than one million views since it was released in early August 2018.

‘Like a Swede’ has been viewed the most times and TCO’s sequel ‘Business like a Swede’ came second in terms of the number of views. The question is what influence they have had.

“Their video went viral because it was thoughtful, fun and made in English so that it could reach a large audience that may not care about the labour union,” says Jenny Jansson to Arbetet Global.

Her research shows that there are major differences in how the unions of northern and southern Europe use YouTube.
“Unions in southern Europe upload a higher volume of videos, but it’s mostly footage of demonstrations, which isn’t done in Sweden. I think in Sweden we are more aware that if we publish videos of demonstrators, right-wing extremist groups could use them,” says Jenny Jansson.

One of the largest media platforms in the world, YouTube and the videos it distributes shape a significant portion of the world view held by young people.

For trade unions in Europe, there is every reason to consider how to communicate with members using YouTube.

“The tendency is that the number of videos will increase and that their importance will be recognised by the trade unions. Especially as unions are experiencing a crisis of sorts, finding it difficult to organise young people. At the same time, we know that young people spend a lot of time on YouTube. Especially in Sweden, where most under-25s use YouTube daily,” says Jenny Jansson.

Italian unions have posted more YouTube movies than its European counterparts; 3,800 videos during the surveyed period. They are followed by French and Spanish unions.

Jenny Jansson breaks the videos down into categories. Some unions make videos to inform their own members and strengthen internal democracy. Others focus more on recruiting members and influencing stakeholders.

In Switzerland, unions have been able to spread videos widely ahead of referendums. In Sweden, according to Jenny Jansson, there are differences between how workers’ and professionals’ unions use video.

“The unions under the umbrella organisation LO are more likely to use YouTube to inform members and thereby strengthen internal democracy. That’s also important, but there is certainly room for more federations to use YouTube for recruitment. We also know that young people use YouTube to search for information,” says Jenny Jansson.