Last week Systembolaget announced that it was looking into the matter of Claudene van Wyk’s possible dismissal, following her speaking out about her working conditions at wine producer Leeuwenkuil in a report by Arbetet Global.

Claudene van Wyk is a local representative of the agricultural workers union CSAAWU. According to the trade union, the employer wants to make an example out of her in order to deter other workers.

Leeuwenkuil is one of the South African wine producers selling the largest quantities at Systembolaget, and targeting an employee for being a trade union representative would constitute a violation of Systembolaget’s code of conduct.

Systembolaget’s chief press officer Lennart Agén emailed the following comment to Arbetet Global:
“Systembolaget has had dialogue with the various suppliers as well as with Leeuwenkuil on this issue and everyone is very clear that this is about Claudene van Wyk having disseminated an incorrect picture of Leeuwenkuil, according to the company.”

“They never called or consulted us, they only contacted the company and accepted their version as the truth. For a Swedish company that prides itself on transparency, human rights and workers rights, I think this is unprecedented”, he says.
“CSAAWU’s position now is that we don’t trust Systembolaget.”

When CSAAWU visited Sweden earlier this year Hanna Sutherlin, Systembolaget’s sustainability officer for South Africa, participated in a panel discussion where she advocated for deeper collaboration between the Swedish monopoly and local trade unions.

She later repeated the same message in an interview with Arbetet Global:
“I believe that what really has to be strengthened is our cooperation with the unions. Although it is clearly stated in our code of conduct that unions need to be a part of the process, I know that this is not always the case out on the production sites.”

When asked why Systembolaget has not contacted CSAAWU, chief press officer Lennart Agén replies:
“We have asked Leeuwenkuil to clarify why they called this hearing. Based on their response, we have chosen to await the hearing.”

Leeuwenkuil accuses Claudene van Wyk of having misrepresented the company.
“Systembolaget does not take a position on the matter but follows with great interest the independent hearing”, writes Lennart Agén.

Claudene van Wyk was called to an initial “disciplinary hearing” on October 24th. The matter was not settled then, instead the trade union was asked to present its case in a written statement.

This statement was filed on Tuesday the 30th, along with letters from several Swedish union branches and solidarity organizations urging Leeuwenkuil not to go through with the dismissal.
“We will see how the company responds, but to be honest we are not feeling very confident”, says Trevor Christians.
“We can see that they feel the pressure, but probably they will dismiss her because they don’t want to lose face.”

Leeuwenkuil Family Vineyards has been operated by the current owner family since 1852 and is one of the South African wine producers selling the largest quantities at Systembolaget.

In 2016, Leeuwenkuil was one of the South African wine producers that were scrutinized in the documentary Bitter Grapes. In the spring of 2018, new reports of substandard working conditions at Leeuwenkuil’s farms surfaced, which Arbetet Global reported on.

The Norwegian public alcohol monopoly Vinmonopolet responded by initiating a more active follow-up of the working conditions. Systembolaget did not implement any additional measures but in comments given to Arbetet Global conceded that it wished improvements at Leeuwenkuil could be sped up. 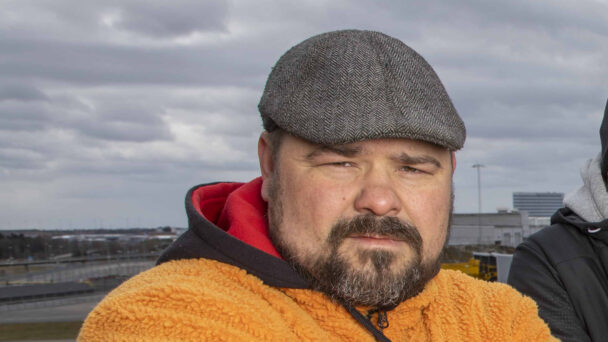