Swedish fashion giant H&M have been criticized for not facilitating independent inspection. One of the critics is Nordeas’s sustainibility expert Sasja Beslik.

Adding that all their subcontractors have signed on to the corporate code of conduct.

They also point to their own staff employed in particular to make inspections of subcontractor factories. They also point to the global framework agreement that they have brought forth together with IndustriAll and IF Metall, and in which they have had “ a close dialogue with local unions in,  among others, Cambodia”.

In Cambodia, Arbetet Global met several garment workers that were getting by on very sparse resources and simple living conditions.

They lived in very small rooms and claimed to have difficulties making ends meet on their salaries. They were also critical to the short term employment contracts that increased uncertainty.

In response to our request for a comment, the corporation write “the minimum wage level was increased in January 2017” and that they welcome “transparent wage negotiations”.

H&M has invested 3 million Swedish crowns (SEK) (320 000 dollar) into a project to improve relations between unions and employers in Cambodia. Another contributor is the Swedish agency SIDA with 3.1 million SEK (330 000 dollar).

The project is led by UN agency ILO and was initiated in January 2014 and comes to an end this May.

Swedish Aid agency SIDA comment on the criticism concerning a lack of transparency of H&M’s business practices by referring such questions to H&M itself.

Anne Kullman, SIDA’s advisor for Asian embassies, states that there is transparency in all SIDA and ILO projects as evaluations are done in the open.

“SIDA’s overriding goal is to fight poverty. What the project attempts to do is create a spirit of collective bargaining and enhance the process for workers to demand better conditions and higher wages. To achieve this, all parties involved need to participate.”

During the project, twelve agreements have been made.

The unions are critical to the fact that these agreements have been made with small and local unions in factory-level negotiations, which adds to the union movement in Cambodia being increasingly fragmented and politicized.

At the same time, abuse of union activists has increased in the country with several new laws making it more difficult for unions to act. A development that is perceived by many as a path toward a one party state.

Anne Kullman refers to an evaluation made by ILO that has shown that dialogue has led to increasing trust between employers and employees.

How well does the political development fit with the spirit and the target of the Global Deal in achieving increased social dialogue?

“But what alternative option is there? We know social dialogue within the textile industry offers a possibility to improve working conditions for a large number of people. To pull out and not try to influence the positive forces in the country is a non-option”, says Anne Kullman 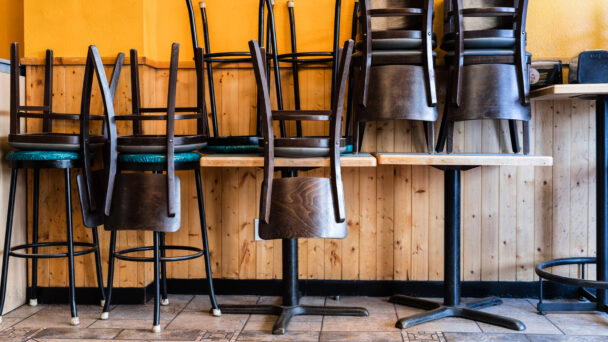