There is a compact silence surrounding how the corruption scandal affects ILO’s work on developing a plan to change the UN body.

In August 2017, Prime Minister Stefan Löfven and the then President of Mauritius Ameenah Gurib-Fakim ​​were appointed to lead the ILO Global Commission on the Future of Work.

Their mission was to develop an overall strategy for how the ILO would ensure that the gains of globalization are more equally shared, and how the global labour market shall deal with challenges such as climate change, digitization and aging populations.

The Commission brought together twenty-one experts and politicians from all over the world, under the lead of Prime Minister Stefan Löfven and Ameenah Gurib-Fakim.

”It’s time for everyone to take part in globalization. This is done by addressing the problems in the global labour market and building social cohesion and creating confidence that benefits everyone and does not oppress anyone,” said Stefan Löfven when the Commission was presented in Geneva in August 2017.

”When we look at the future, we must do it from many different perspectives and situations. We must place people’s well-being first and build the agenda around it,” added Ameenah Gurib-Fakim . 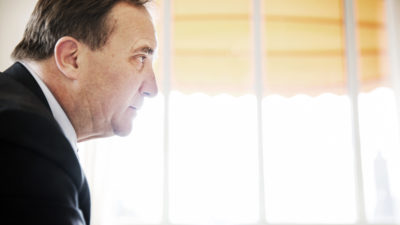 But the Commission barely had time to start working before one of it’s chairpersons found herself mixed up in a corruption scandal.

The Mauritanian newspaper L’Express was able to publish documents that showed that Gurib-Fakim ​​had bought jewels and apparel for USD 26,000 during a shopping trip to London.

She paid for the luxury items with a credit card that she had received for an NGO for which she did pro bono work. The chairperson of the NGO, an Angolan businessman, had been granted permission to open an investment bank in Mauritius – prompting allegations of corruption.

Gurib-Fakim claimed to have used the NGO:s credit card by accident, and that she had paid back the full amount. But faced with harsh criticism Gurib-Fakim eventually decided to resign from the largely ceremonial president post earlier this spring.

When Arbetet Global writes to the Swedish Prime Minister’s Office to ask whether the controversy surrounding Gurib-Fakim in Mauritius is affecting the work of the Commission’s, the reply is a brief one.

”Ameenah Gurib-Fakim ​​has resigned as co-chair of the ILO Commission. If you have any other questions, I have to refer to the ILO,” states Dan Lundqvist Dahlin, press secretary to the Prime Minister.

The ILO appears equally unwilling to comment. In an e-mail, the Director-General’s cabinet writes that the decision to resign from the Commission was Gurib-Fakim’s own.

Would it have been inappropriate for Gurib-Fakim to stay on as co-chair after having resigned as president of Mauritius?

“We cannot comment on this hypothetical question since she took the decision to resign.” 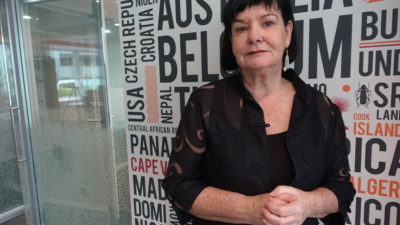 The chairmanship of the Commission is attached to the person elected, and is not affected by changes in the chairpersons home country.

Stefan Löfven will remain chairperson regardless of whether the Social Democratic Party stay in power after the Swedish general election in September. In theory, Ameenah Gurib-Fakim ​​could have stayed on as co-chair despite having stepped down in Mauritius.

However, a source with intimate knowledge of the internal politics of the ILO describes the appointments as being “incredibly sensitive”.

“There is a lot of politics behind the appointments and the composition of delegates is supposed to keep everyone happy and make sure the Commission has legitimacy. That she resigned was most probably politically motivated.”

Asked whether a new chairperson will be appointed or if Stefan Löfven is to lead the Commission by himself, the Director-General’s cabinet responded that ”consultations are ongoing based on this new situation”.

At the time of publication of this article, Ameenah Gurib-Fakim ​​was still presented as Chairperson of the Commission, and President of Mauritius, on the ILO’s website.

The President of Mauritius, Ameenah Gurib-Fakim, and the ILO Director-General Guy Ryder and The Prime Minister of Sweden Stefan Löfven launched a Global Commission on the Future of Work at the ILO’s headquarters, august 2017.

On May 28th , the ILO will launch its annual meeting in Geneva, Switzerland, where leading representatives of states, employers’ organizations and trade unions will discuss how they want to shape the global labor market.
On May 15th, the Global Commission on the Future of Work, led by Stefan Löfven, will meet in Geneva.
The ILO, or International Labour Organization, is a UN body that has existed since 1919 and brings together 187 countries. 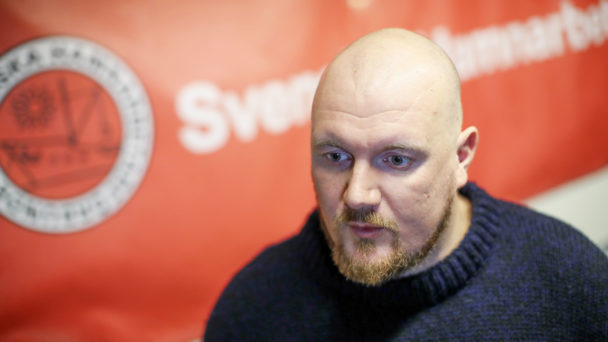