The truckers protest has spread från Sweden to five more countries in Europe.

New Facebook groups in Germany, the Netherlands, Denmark, Norway and Finland spread the message to truckers. They are told to park och stand still for 15 minutes at noon or midnight every day until Christmas.

A judgment passed by a municipal court in Sundsvall in northern Sweden started the protests. A driver från Macedonia had shown a fake bulgarian driver´s license when stopped by police.

He was acuitted by the court on the grounds that he had reason to believe that the bulgarian driver´s license was real.

Truck driver Göran Cederfjärd in Örnsköldsvik, a town in the same county as Sundsvall, appealed the court´s ruling. He published his letter to the court online. The respone was immediate. His text was shared over and over again.

– I had never imagined such a tremendous impact. It just exploded, says he.

A week later the message to stop has been spread to six countries in Europe. Truckers stand still for 15 minutes not just in Sweden but in other countries as well. They publish pictures of their parked trucks online.

The court sentence in Sundsvall was the straw that broke the camel´s back. The norwegian trucker´s magazine AT writes:

”Many had waited for an opportunity to stand united and protest against EU´s transport regulations. The system was launched with no measures of control and sanction in place. Now professional truck drivers stand still in a protest against the unfair competition on the roads. The driver´s of nortern Europe fell a growing urgency. Foreign truck hauliers are competing them out of the market.”

The protests started on Monday, November 24th. Swedish truck drivers were told to take photos of their parked trucks and publish online. On Monday 700 pictures were published, on Tuesday 1 700.

– This action will grow further. We stress that drivers should park safely. Our purpose is to manifest our strength, says Göran Cederfjärd.

His court appeal was the starting point of yet another mass action. On Tuesday, some 150 drivers hade appealed the court´s sentence regarding the macedonian driver. They are disgusted because they feel that there is no equality before the law.

In all likelyhood, their appeals won´t matter, since they are not parties to the proceedings. It is upp to the prosecutor in Sundsvall to decide whether or not to appeal the sentence before December 10th.

Göran Cederfjärd is aware of this.

– But we have to show what we think one way or the other, says he. 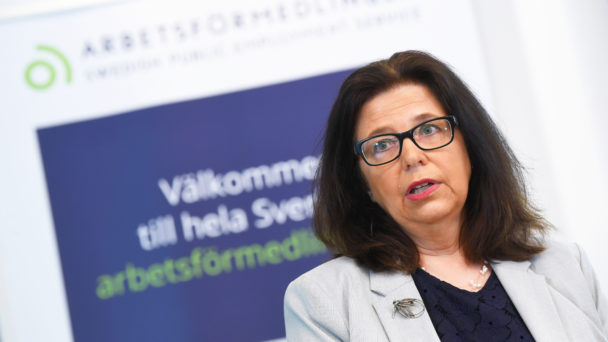