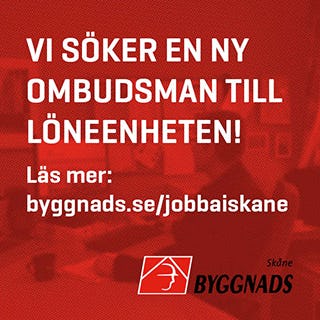 The last sign of life from Anderson Pablo Mauricio was a selfie he sent to his family at dawn on January 22, 2021.

He wore a blue hoodie and a black jacket. Naked tree twigs loomed in the background. The winter landscape left his father, Marco Pablo Pérez, to conclude that the picture was taken not far from the American border.

He drew a sigh of relief at seeing the face of his eldest son. He had barely heard from him since they said their goodbyes ten days earlier.

“Anderson also sent pictures of a truck and two pickups with tinted windows that he and the other migrants were boarding for travel. Now I understand that my son sent the photos because he felt that something was wrong,” says Marco Pablo Pérez.

The next day, a burnt-out truck was found on a desolate road between the states of Tamaulipas and Nuevo León in northeastern Mexico.

In it lay 19 bodies. The charred remains bore traces of gunshot wounds and, according to witnesses, the majority of the victims were migrants from Guatemala.

His last selfie now hangs in a frame against a clay wall, in the single-room home where the family of eleven share four beds.

Sometimes Anderson Pablo Mauricio’s youngest sister, who he used to carry on his back and whose diapers he used to change, stands in front of the photograph and asks why he left her.

People around Guatemala are asking themselves the same question. Why do rural young people risk their lives for el sueño del norte, the dream of the north?

Anderson Pablo Mauricio’s municipality of Comitancillo has more than 60,000 inhabitants scattered high up in the mountains of western Guatemala. Almost 90 percent of residents live in poverty.

The population traditionally survives as subsistence farmers, but there is not enough land in Comitancillo for everyone. Buying farmland has become expensive. Many make a living as day laborers on commercial cultivations of corn, potatoes and oats.

“When it is not harvest season, there may only be work for one or two days a week,” says Marco Pablo Pérez, who used to work with his son in the field.

In recent years, about one-fifth of the population has emigrated to the United States. The migrants’ remittances have created segregating wealth for their families in Comitancillo.

As Anderson Pablo Mauricio got older, he started to note the differences between them and his own family.

He saw neighbors build two story houses with US dollars. He wanted the same soccer shoes as his teammates whose brothers worked in the United States. He started talking about plans to expand the family home with a proper kitchen and buying a motorcycle.

In November, two of his friends left for the United States. He had asked his mother, María Mauricio Tomás, why they were allowed to go, but not him.

“I said he should stay and continue his studies. He replied, ‘I know teachers, professionals, people with college degrees. They work in the field with me, they toil in the dusty heat for 50 quetzals a day because they can find no other jobs.’

María Mauricio Tomás says that her son had good grades but school closures during the pandemic lowered his study motivation. He became eager to leave.

His parents decided to borrow money from individual lenders to pay for his travel. Anderson Pablo Mauricio promised to start repaying the debt of 110,000 Guatemalan quetzals as soon as he got a job in the United States.

He said he would come home in three or four years.

Before meeting his traveling companions from the surrounding villages, he went to Comitancillo’s Catholic church. He sought out Father Mario Aguilón to ask for a blessing, as the area’s Catholic population often does before a journey.

The priest says he has blessed more than a hundred people like Anderson Pablo Mauricio in the past six months. Yet, he does it reluctantly. Mario Aguilón believes that migration divides families and does not want to encourage it.

“But I can not tell people to stay. There are no jobs here. Farmers have trouble selling their products outside of Comitancillo. Educated people can’t get a job. Those who are employed, like teachers for example, end up taking higher salaries at chicken slaughterhouses or rubber factories in the United States,” he says.

In Mario Aguilón’s parish building, a support group made up of relatives of the massacre’s 13 victims from Comitancillo gathers every other week.

They are working on a formal appeal to the Guatemalan government to create jobs in their home municipality, in order to prevent local youths from making the dangerous journey through Mexico’s cartel-controlled border areas to the United States.

According to the priest, everyone in Comitancillo is talking about the massacre but migration has not slowed down.

“I receive people who ask for pre-travel blessings every week. Today alone, about ten people arrived. They say they know what happened in Mexico on January 22nd, but that they are prepared to take the risk.”

In the home of Anderson Pablo Mauricio’s parents, their second oldest son is planning to follow in his late brother’s footsteps. The 14-year-old tries to convince his parents, saying that if his brother was allowed to go, he should also be allowed to migrate.

“I promised Anderson that I would come after him so I intend to keep my promise. I want to fulfill his dream and lift my family out of poverty, just like he wanted.”

Tamaulipas is one of Mexico’s most dangerous states for migrants. In 2010, 72 South and Central American migrants were massacred by a criminal group in the city of San Fernando. In 2011, almost 200 bodies were found in mass graves around Tamaulipas, most of whom belonged to migrants.

On January 22, 2021, 19 people were massacred in Camargo, Tamaulipas, which has long been a disputed area between rival drug cartels. 16 of them were migrants from Guatemala and three were from Mexico.

According to Tamaulipas’ prosecutor’s office, the victims had first been shot dead, but since no bullets were found at the scene, it is assumed that the murders were carried out at another location.

On February 2, 2021, the prosecutor’s office announced that twelve police officers had been arrested for involvement in the massacre. They are suspected of murder, abuse of power and fasification of documents. The motive behind the massacre is unknown.