SACABA. – “Evo is not alone, carajo,” shouts Maura Trujillo. Hundreds more echo her voice during protests in Sacaba, some 400 kms away from La Paz, Bolivia.

Trujillo, a 52-year-old indigenous woman, was one of thousands of cocaleros (coca-growers) behind the blockades that paralysed the country and created fuel and food shortages after last October’s national elections.

Bolivia sunk deeper into chaos in November, when after three weeks of protests, President Evo Morales left the country.

The allegations were upheld by the Organization of American States (OAS), whose audit found “intentional manipulation” and “serious irregularities”.

However, in the Chapare region, where Morales and his political party, the Movement for Socialism (MAS), enjoy unconditional support from thousands of cocaleros like Maura Trujillo, many still refuse to believe the accusations.

“They don’t like him because he’s indigenous like us,” says Eugenia Guzmán, who joined the blockades for a week in response to a call made by MAS leaders through Chapare’s complex network of trade unions, aiming to pressure the interim government to resign and accept Morales’ immediate return.

For more than a month, the support and structure of this network was notable.

Every day, thousands formed protests throughout the country. Truckloads of donated food and clothes arrived on a schedule, as did other supplies necessary to protest like banners and flags.

The government said protesters were being paid off, but in Chapare, most disagree.

Esperanza Ríos, a farmer who participated in the blockades once – but was fined 100 bolivianos (US$14.50) when she couldn’t join the second time – said that attending on a roster allowed people to rest.

With the large memberships that syndicates enjoy, only a five percent of members were required to fill the streets.

“If we all had come out at the same time, it would’ve been an overwhelming amount of people”, she declared.

Andrónico Rodríguez, the 30-year-old vice-president of the six coca-growers’ federations in Chapare that coordinate the nearly 1,000 syndicates in the region, affirms that, in 30 minutes, enough people could be mobilized to block more than 250 kilometres of highway.

The young politician, who is considered by many as Morales’ successor, also claims that the blockades are a space where villagers can gather to socialize and have fun.

But Rodriguez’s views contrast with those less optimistic opinions of some residents, however, who spoke to Arbetet on condition of anonymity out of fear of reprisal.

“It’s extortion,” whispered one of them.

He claimed he, and other residents, were forced to provide hundreds of meals every day for those blocking the roads, after being warned their homes and businesses would burn if they failed to comply.

Jorge Dulón, an analyst observing the phenomenon from La Paz, agrees that rural dwellers feel forced to cooperate due to harsh punishment from the community, which can vary from monetary sanctions to property damages and flogging.

Historically, syndicates and other social movements in Bolivia have been fundamental to political change.

Proof of this can be seen in the mass protests that led to the ousting of President Evo Morales, and later the pressure that instigated in bold negotiations between his supporters and Añez’s Interim government.

However, Dulón claims that, in the last decade, social movements have become more passive, representing an imminent danger to democracy.

He explains that during Morales’ mandate, union leaders were absorbed by the ruling party and given high official government positions, undermining their political participation.

Sitting at a market table in a small town in Chapare, Esperanza lifts her face from the plate of fried chicken in front of her in an attempt to explain, in a more colloquial way, the power of the movement to which she belongs.

“Simple­ – if I were them [Añez’s government], I wouldn’t be poking the ants’ nest, because surely they will come out from every hole to fight back.” 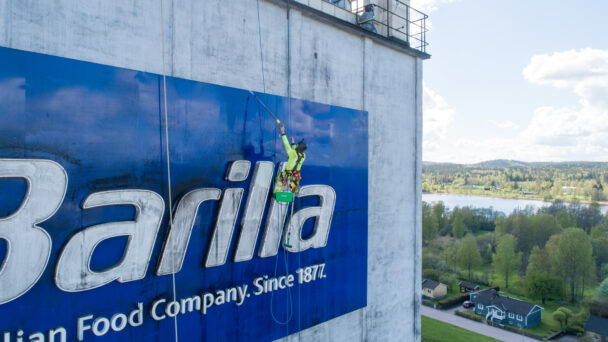