The Cambodian government has launched a fierce crackdown on the opposition. For a few months now, politicians, journalist and activists have been harassed to make their work impossible.

A new low point was reached on Thursday when the Supreme Court dissolved the CNRP (Cambodia National Rescue Party) ahead of the elections in 2018.

Only the CNRP could have competed with the CPP (Cambodian People’s Party), which has been in power for more than three decades. Hun Sen is the world’s longest serving prime minister.

”Blood on the streets is not a victory for democracy. It’s a return to the dark ages. We want people to stay hopeful.” – Mu Sochua, vice president of the CNRP

The official dissolution of the CNRP was just a formality. The president of the Supreme Court is also a top committee member of de CPP and a longtime ally of Hun Sen.

In Cambodia, justice is an auxiliary of the government – and the prime minister is pulling all the strings firmly, now more than ever.

“I could easily continue for another 10 years,” the 65-year-old Hun Sen told reporters on Thursday.

Consequently, he acknowledged that he doesn’t consider an election as a consultation of the people, but as a way to varnish his dictatorial regime with a thin layer of legitimacy. The CNRP was the last democratic obstacle to his power over the country’s resources, which he needs to buy support from the elite.

Since the government stepped up the crackdown on democracy, few Cambodians dare to speak out in public – certainly since the murder of Kem Ley, a popular journalist and a government critic. That was a turning point.

Until then, Cambodians thought that their country would slowly become more democratic. But that hope was buried together with Kem Ley in his hometown Takeo.

His mother is cutting vegetables at the grave of her son.

Phauk Se had done that every day since July 2016. Next to the burial site are pictures taken moments after the shooting. Kem Ley is lying between tables and chairs, a puddle of blood under this head.

He was killed while he was having his morning coffee in a gas station in Phnom Penh. 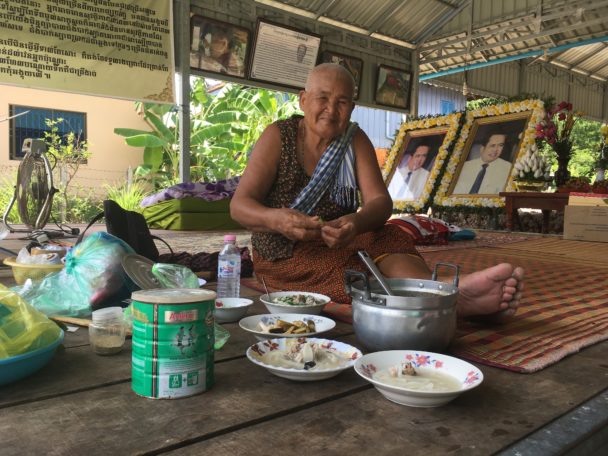 The 80-year-old mother receives guest every day with soup and a friendly chat. The grave of her son has become a place of pilgrimage. The gunman is behind bars. “That’s not the real killer,” Phauk Se says in a timid voice. “If the government really wanted, they would have found the real culprit.”

No Cambodian believes that the killer acted alone. But nobody dares to express their suspicion. “Who has the real power? There is only one party who can organize such a murder,” says Kem Rithisith, the brother of Kem Ley, without naming it. “There was a second finger on the trigger, and everyone knows whose finger that was.”

Meanwhile at the market of Takeo, business is not good. Shopkeepers are lying in hammocks, waiting for customers. Mao Much Nech, a salesman of cheap jewelry, doesn’t want to say what party he supports. “That’s sensitive. But the government has lost dignity and credit because of the murder. It’s time to wake up and fight back.”

“The rich are getting richer and the poor are getting poorer,” a woman says in her stall filled with colorful dresses. “We want change.”

Most of the shopkeepers at the market use the same word to express their disappointment with the government.

The CPP knows it can’t survive a new popularity test.

The CNRP almost won the elections of 2013. It made more progress with the local elections in June. It’s evident that the elections due in July 2018 are causing anxiety at the CPP headquarters.

To prevent a defeat, it has started the final assault on the opposition. The CNRP is now dissolved and the party’s president Kem Sokha is in prison. Five thousand mandatories lost their jobs and half of the 55 members of parliament have fled the country.

Mu Sochua is one of them. She is preparing a vegetable soup during the phone call with this reporter. The sound of cutting, chopping and grating makes a fitting backdrop to the combative language of the vice-president of the CNRP.

“The dissolution of the CNRP is a big miscalculation of Hun Sen. The discontent will only continue to rise. Until now the CNRP has channeled this peacefully. But soon people might take their anger to the streets,” Mu says from a Moroccan kitchen. She fled Cambodia after she was tipped off about her impending arrest.

“It needs only one spark to start violent protests, like Tunisia and the Arab Spring,” the politician says while igniting a gas stove. “I’m very afraid of violence. Hun Sen will do anything to stay in power. If people would dare to protest, the tanks will be waiting. Blood on the streets is not a victory for democracy. It’s a return to the dark ages. We want people to stay hopeful.”

The exiled Mu Sochua is now traveling the world to find support for the grassroots movement for democracy in Cambodia. “The CNRP is more than a party.

We don’t care about the political game. We want democracy in Cambodia, that’s our real job.”

The offices of the CNRP headquarters echo hollowly. The building is quiet and almost empty.

A few guards are watching a Korean soap opera. Lawmaker Kimsour Phirith may get arrested any moment, but he keeps on smiling. “I’m not afraid. I have done nothing wrong. The CPP is afraid – of losing power.”

“We are witnessing the death of democracy in Cambodia,” Kimsour says. “Hun Sen is showing his true face. He is a dictator now. We are counting on the West. Only economic sanctions can help us.”

The Cambodian economy strongly depends on tourism and the garment industry. If the factories stop producing, 700,000 workers will lose their jobs. Hun Sun would have a major crisis on his hands.

The government may think that Beijing will come to rescue. China has proved in recent years that it has the will and the money to back up Phnom Penh. “But that’s not guaranteed,” says Ou Chanrath, who lost his job as a lawmaker on Thursday. “The Chinese are still dependent on the West. The garment factories are Chinese, but the exports go to the West. When sanctions hit Cambodia, they will pack their bags.”

Human rights groups condemned the dissolution of the CNRP and asked the West to act. “The international community cannot stand idly, it must send a strong signal that this crackdown is unacceptable,” said James Gomez, Amnesty International’s Director of Southeast Asia and the Pacific.

The European Union issued a critical statement in which it linked human rights with access to the European bloc’s reduced and zero tariff trade scheme. The US government decided to discontinue funding for the NEC (the Cambodian election body), in case it still bothered to organise elections.

Prime Minister Hun Sen tried to reassure the nation on Thursday evening. In his speech he said – without any hint of irony – that the government is still deeply committed to democracy. CNRP spokesperson Yim Sovann reacted by saying that “they can never remove the CNRP from the heart of the people.” 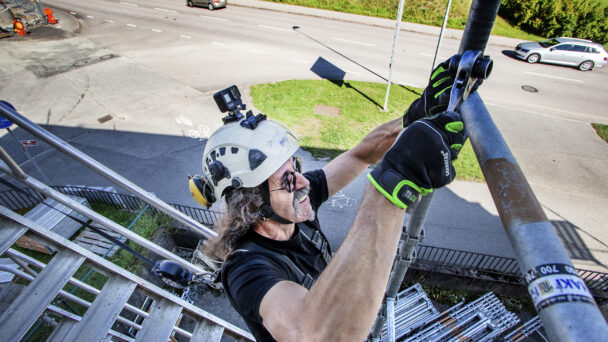 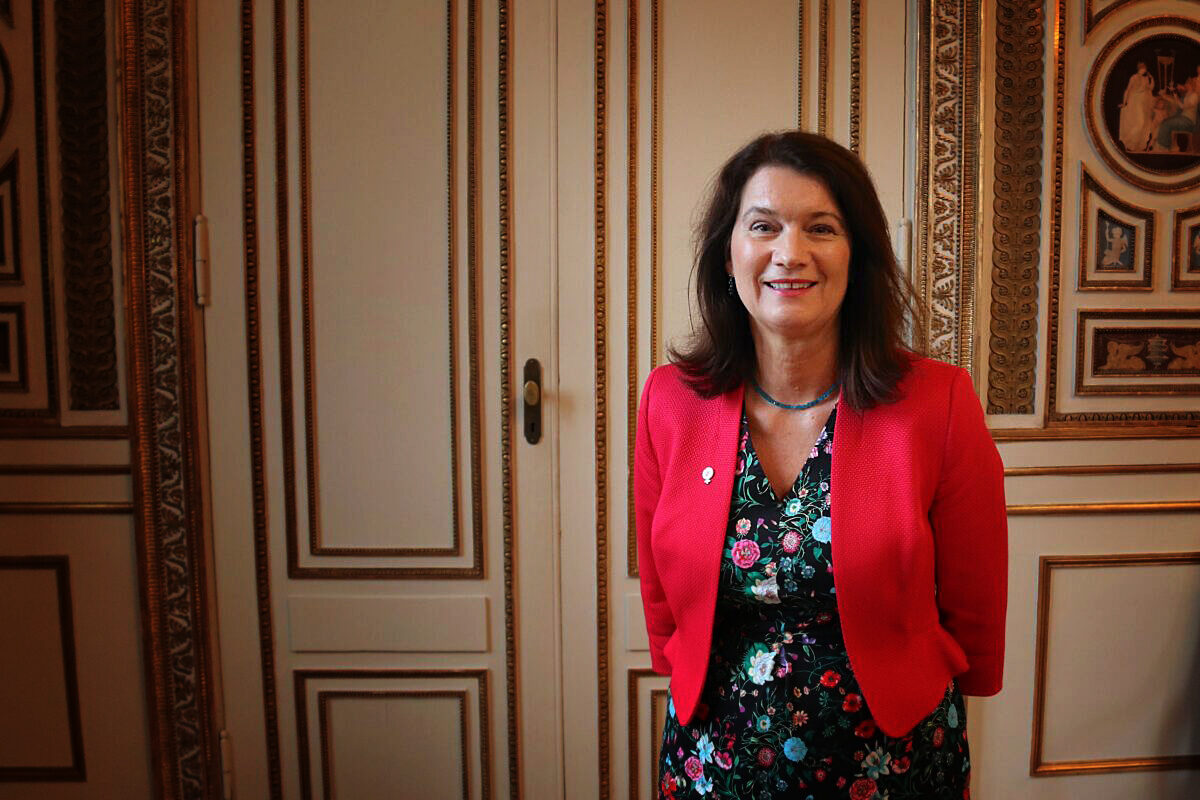