“Of course it is good that more and more people have jobs, but everyone can not make ends meet on the wages they earn”, says Claudia Häussler, who was a social service worker for 25 years and now is a union representative for the service workers union Ver.di.

She feels the social safety net for the poorest has become worse and is concerned with the growing gap in income levels.

The German Christian Democrats have a winning position for the upcoming elections. Unemployment is at a record low at 3.7 percent. Angela Merkel has also pulled the rug from under her Social Democratic rival Martin Schulz by pushing the ambitions further with the goal to full employment within a few years.

Many workers support the government policies that have included the introduction of a law for a minimum wage level. Many low earners, in particular women, have increased their salaries as the 8.84 euro per hour became law.

Despite the positive developments, the low wage earners are proportionately high. Many have so called mini-jobs with low wages and and reduced social fees.

Claudi Häussler says that the introduction of a minimum wage has made an impact but employers have found ways to get around that legislation.

“A lot of them are still paying 3 or 4 euros per hour. Employers report that they pay a minimum wage but then require the employees to work twice as many hours.

This hasn’t been an issue in the election debates.

The most heated debate has been on the country’s refugee policy. 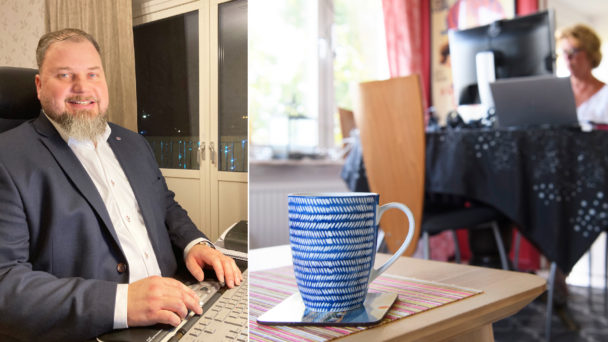