”If you ask me, we became a dictatorship years ago”. Those are the words of union leader Mona Sar, chairperson of the Cambodian Food and Service Workers Federation.

He is visiting Sweden to meet aid organizations and expresses his deep concerns about the present developments in his country.

CAMBODIA NO LONGER COMPLIANT WITH THE GLOBAL DEAL

During the past week a leader of the opposition Kem Sokha was arrested and accused of treason. Kem Sokha’s party, the CNRP, have been informed by the government that they must find another leader for their party or they will be banned from next year’s elections.

Over the past weeks, there have been coordinated attacks to undermine opposition-friendly media outlets. Among others, the English language newspaper Cambodia Daily was forced to close down after the tax authorities directed a sudden and considerable demand for tax payments.

Aid organisations and unions in the country are worried about these developments.

Mora Sar describes the use of the word democracy  by the incumbent Prime Minister Hun Sen as creative. During the 30 year reign of the Hun Sen regime, laws have been passed that curtail rights of free expression and the freedom of association.

”The police monitor our offices. Whenever we have visitors, they come in and interrogate our visitors, asking what their business there is. Its an offensive situation.” says Mora Sar.

The upcoming elections of July 2018 are by many believed to be the factor that has caused this repressive surge.  Hun Sen’s hold on power is among the longest from a global perspective, but in a local election in June, there proved to be a strengthening of support for the opposition. The governing CPP party is feeling increasingly under threat.

Several laws have been passed recently designed to make it harder to express criticism of the government. All unions must be registered with the authorities, but many unions and aid organisations are denied the necessary permits to operate in the country.

“We have applied for a permit for union activity but haven’t got it. That means that in the eyes of the authority, and from a legal perspective, our work can be seen as illegal”. Demanding to negotiate or to strike can therefore have legal ramifications. Mora Sar represents about 3000 members in the Food and Services Union.

“Due to this law, many would not dare to strike now”

Furthermore, another new law has made it illegal to strike for a raise in minimum wages.

The national minimum wages are to be set by a committee in which the government, the unions and the employer organisations are represented. When the wage level is set, the unions can not strike to raise that level. But since the authorities have hindered the registration of unions, those voices are not heard and can not influence which employee representatives are named for the committee.

Cambodia is one of the 16 countries that have publicly stated that they desire to see strengthened bonds between unions and employer within the Global Deal framework.

Several Swedish organisations, for example IF Metall, Forum Syd and Diakonia support establishment of that kind of dialogue through different activities.

Also present in this initiative is Swedish fashion giant H&M that purchases large quantities of clothes from the local garment industry.

Both the European Union and the Swedish government have expressed grave concerns about the developments in the country.

The response though from the Cambodian party in power, the CPP, is that the country has been subjected to a US plot.

POVERTY DRIVES WAGES DOWN AT H&M

According to Fresh News, the reason for the arrest of opposition politician Kem Sokha was his role in the US attempts to replace the current regime. With reference to a video montage, the government-friendly media outlet reports that Kem Sokha is to have admitted that he has received support from the US since 1993 in order to put a new government in place. 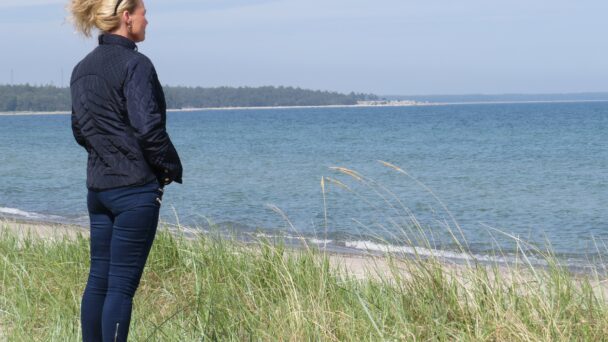