In a meeting room in Brussels, the industrial robot Kuka shows off its skills by shaking hands and even scratching someone’s back. Perhaps not the most startling achievement, and so far, there is little to be overly impressed by. Yet, experts call it the greatest technical shift since the printing press or the steam engine.

Arbetet Global was present at a two-day seminar on robotization attended by politicians and experts. All speakers were in agreement that the revolutionary development of robotics was advancing at a pace beyond expectations.

The collective perspective was that the EU must act in unison in adjusting and designing regulation and legislation before it was too late. Progress was made as a resolution passed last week in the European parliament to enhance ethical norms and deal with liability claims.

– If each member state goes their own way, there is a risk that we might end up with a patchwork of laws and regulations that do not match up, says Max Andersson, member of the European parliament and representing the Swedish Green Party.

As a member of the working group within the parliament engaged in possible legislation to regulate artificial intelligence and robotics, as well as a member of the Committee on Legal Affairs, Andersson is particularly concerned about the fact that millions of jobs all over the world will be replaced by robots over the next decades.

According to a survey of 15 economies, the World Economic Forum has found that around 5 million jobs will disappear by 2020.  Similar digits appear in other international studies, for example a study from 2014 by the Swedish Foundation for Strategic Research predicts the automation of every other job in the Swedish labor market within 20 years. Max Andersson adds:

– How should we handle labor market issues when more and more jobs are robotized and how will we find new kinds of jobs for those people whose jobs have been automatized? What should the system of taxation look like when it no longer can be sustained on taxing income from wage earning?

At the seminar, Laurent Zibell spoke of the widespread concern among industrial workers. As Policy Adviser at IndustriALL, a European Trade Union, he points to worries of job losses as well as work safety issues.

– We need close cooperation with laborers in this process. We do not have time to wait for laws concerning for example who is responsible when a worker is injured by a robot.

Max Andersson warns that it is the mid-income jobs that are under threat by robotization, and for those who lose their jobs, the only option might be to climb down the wage ladder. Sharing that perception is co-founder and CEO of Tesla Motors, Elon Musk who views a universal basic income as the solution for the labor market.

The prospect of a basic income, also called Citizen’s income, also came up in discussion during the seminar in Brussels. As was the idea of taxation on robots in order to safeguard tax revenue when salaried jobs disappear.

The rapporteur for the resolution was passed last week was Mady Delvaux  from Luxembourg, vice chair on the Committee on Legal Affairs, representing the parliament’s social democratic group (S&D).

– Although I am pleased that the plenary adopted my report on robotics, I am also disappointed that the right-wing coalition refused to take account of possible negative consequences on the job market, she said in a statement after the vote.

Dita Charanzová, a Czech member of the European Parliament, representing the Conservative group Alde, is one of the sceptics to the perspective of a changed job market.

– Robots will not be taking our jobs away, just look at the car industry. We have to stay in the real world and not in the fictions about the future.

Delvaux has further concerns of robotics. She shares with people like Bill Gates, an even greater worry of robots used purposefully to kill. Physicist Stephen Hawkings has gone even further and considers an AI with a will of its own as a risk to mankind.

– A proposal I have been pushing for is to start funding research on the longterm risks of developing smarter and smarter robots that may outsmart humans one day, says Max Andersson.

And is the most pressing question of all, whether a robot can be held responsible for its actions?

The European Parliament want to bring forth a system of mandatory insurances with complementary funds that can gaurantee full compensation to victims of such accidents.

In the case of self-driving cars, the needs for legislation are immediate as the first prototypes are already functional. What would the consequences be if a car, produced in Norway, with a Swedish driver, hit someone in Belgium?

The European Parliament is in agreement that there is a need for legal and regulatory clarity on robotics and artificial intelligence. The issue has been moved up to the EU commissioners, although when new regulation could be put in place is hard to predict. In both South Korea and in Russia new legislation is in the process of being enacted. In Russia these legislative measures could be in place by 2022.

Industrial transformations: In an article by Klaus Schwab, founder and Executive Chairman of the World Economic Forum, humankind has experienced three industrial revolutions, and is about to experience a fourth.

Robots – 10 times cheaper than a worker

According to the BBC (Will globalisation take away your job? 1 February 2017), estimations of operational cost for an industrial robot is an hourly £4, while the average European wage is at £40 per hour. With continued development and scaling of production, costs will drop and potential uses and usability will increase.  A hot issue in EU politics and legislation is the possible introduction of taxation on robots as a way of compensating public finances for the loss of tax revenue on salaries.

Examples of types of robots 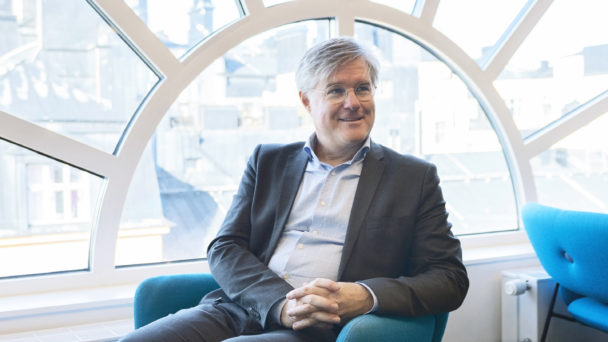